This collection focuses overtly on the internal dynamics and links between art markets in the Early Modern period, but presupposes that art objects – here visual images – are objects of desire. During this period, however, desire changed; a great deal more of these objects came to be made for ordinary domestic consumption, including devotional purposes, than as tokens of the magnificence, piety, cultivation or learning of individual commissioners. Probably most still were commissioned, but to satisfy tastes that, though differentiated internationally, were widely shared within one country or region. Most too were commissioned at a distance, by agents, and were moved between maker and end-point distributor by specialised traders, many of whom – though far from all – were large-scale operators. The dominant focus of contributors here is therefore on the agents of this distance trade, its mechanisms and its impacts in terms of both satisfying and subtly shaping tastes, all at a range of prices. Measurement and mappings are aspects of this traffic. Focus was sharpened by concentrating on three questions: what is currently known about the number of images, whether in the form of paintings, prints, small sculptures or woven textiles, that circulated in early modern Europe? Through what channels and networks were they distributed? And what were the economic, social and institutional contexts? 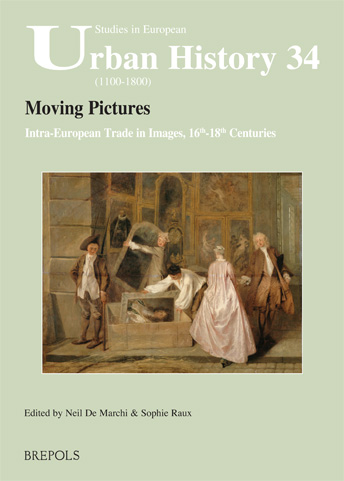